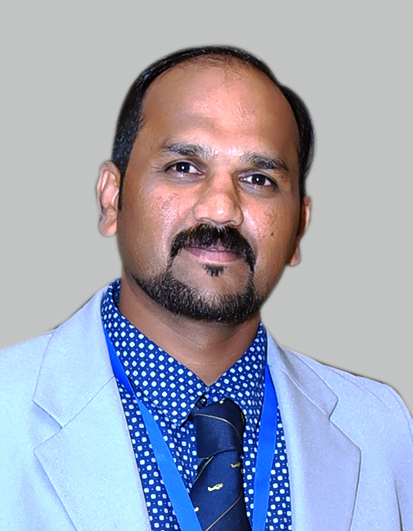 Venu G is a Pr. Scientist from KTMD, CSIR’s National Aerospace Laboratories, Bengaluru. He has around 18 years of professional experience in the field of Aerospace propulsion, gas dynamics, experimental evaluation of aerospace propulsive systems, design, fabrication and establishment of test facilities.

He has Masters in Aerospace dept., IIT madras and a mechanical engineering graduate from Osmania University, Hyderabad. He has got many National and International conference publications. Presently he is pursuing PhD in “Emerging Technologies in Management”.

He has handled different projects in the field of scramjet combustion, gas turbine engines performance evaluation, endothermic fuels, fuel injection systems for scramjets, intake studies for GT engines, etc., with projects costing in crores. He has the expertise in design and development of the test rigs/ systems/ experimental setups for the projects. He has worked with teams from ISRO, DRDO, GTRE, ADA, GE, etc. for the R&D activities.

Presently he is holding a responsibility of Projects and Business Management in CSIR-NAL by handling projects under different categories, reviewing the progress, schedules and concurring & coordinating with the sponsoring agencies.

He is one of the peer reviewers for journal on Combustion Science and Technology, USA.

He has developed JeeVam- An UVSC, to safeguard doctors / health workers during this pandemic COVID-19, in his personal capacity to serve the society and nation. This device is saving around 200 doctors a day/ hospital from getting infected by the CORONA virus.

Apart from scientific temperament he has got hobbies of playing music, drawing and sports. He has represented CSIR-NAL for many events viz., Cricket, Chess etc., in Karnataka State Cricket Association (KSCA) and CSIR events. He has proved his leadership qualities by successfully leading CSIR- NAL Staff Club as Vice- President and worked for the welfare of the staff.