Dr Nilakantan was NAL's first Director and, in many ways, its founding father. NAL's Wind Tunnel Centre was set up because of Nilakantan's vision, commitment and untiring efforts.

As NAL's second Director, for an incredible 19 years, Dr Valluri built on the strong foundation created by Dr Nilakantan to transform NAL into a potent and remarkable force in Indian aeronautics.

Dr Prahlad first placed NAL's civil aviation programme on a sound footing and then facilitated its phenomenal growth. He converted NAL into a cohesive project execution machine and significantly improved the Laboratories' infrastructure.

A pioneer in the country, in the multidisciplinary field of aeroelasticity who has made path breaking contribution to not only Aerospace research and development but also successfully initiated its implementation in the industry.

We salute the maestro who taught us to shun mediocrity and strive for excellence. He believed that engineering lay in detailing each and every aspect of the system. The control laws functional definition document written by him stands out as an example. All this led to the development of LCA which is one of the best flying qualities aircraft in the world. 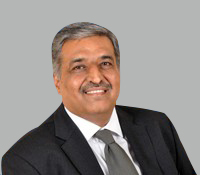 Jitendra J Jadav is an outstanding aircraft systems designer. He had that uncanny ability to get in to detail without losing sight of the big picture.  With the knowledgebase and vast experience that he gained in achieving LCA operational clearance, he has revived the Civil Aircraft programmes in NAL. His deep understanding of requirement of 5th generation fighters, especially in the domain of stealth, NAL succeeded in developing state of art stealth materials, antennas, radomes, etc., which is a major contribution to the 5th generation fighter programme.