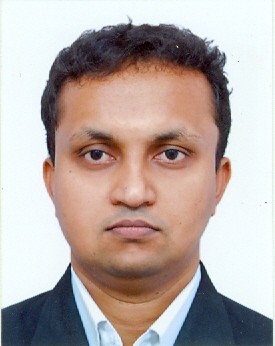 He joined NAL, Bangalore as a Scientist in 2006. He involved in the design and development of major primary composite aircraft components. He played a crucial role as stress analysis person in design and development of composite wing, empennage, and composite rear pressure bulkhead for SARAS, HSTDV (hypersonic technology demonstrator vehicle) and LCA composite segments. Working on improving analysis capabilities to address the composite manufacturing deviations and in predicting the failure strength of the composite structures. Damage tolerance studies are taken up to address composite design and certification requirements. As a design and analysis expert, guided and training the project trainee, project assistants and contract employees in the field of analysis and structural testing.

As in charge for the static test facility , he has successfully carried out the major structural testing of SARAS, LCA components and HSTDV CE shell segments. Working on damage tolerance studies of composite panels to evaluate the post buckling and structural strength under fatigue spectrum. Fatigue testing facilities are being established to study the composite life prediction. Working on virtual testing of composite structures to reduce the time, risk and cost of structural testing.

He has been awarded NAL Technology Shield award for work on “BMI engine bay door development and testing” for the year June 2014 and work on “Design, Development, Assembly, and Static testing of integrally stiffened Carbon Epoxy (CE) shell” for the year 2015-16 on 27 October 2016. JEC Asia 2016 Innovation Awards in the "Aeronautics" category for the title: "Development of a 14 Seater Civil Aircraft: 'SARAS', integrating the Fuselage Bulkhead with the Composite Dome" on 21 September 2016.