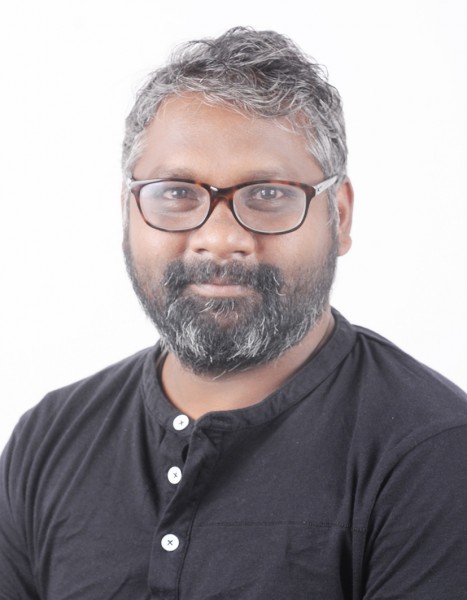 Mr. Bharath Katta is a Scientist working in the Design Section of the National Trisonic Aerodynamic Facilities Division. He earned his M.E. degree in Machine Design and joined N.A.L as a scientist in 2008.  He conducts research in the area of 6 component force measuring transducers, manual rigs, 6 DOF automated rigs, manual calibration rigs, automation of calibration rigs, support systems and design of scaled down configurations

His research is mainly in the area of the design of  6 component force measuring instrument called Integral balance, for high fidelity force and moment measurements on the scaled down models tested in wind tunnel at the preliminary stages of configuration designs. The data is used to develop control laws for aircrafts and strategic vehicles. In the year 2011, a 5 component, High Drag Short Balance (HSLD) was realised and the force and moment measurements made by HSLD showed good comparison with the imported balances, there by indigenising the integral balance technology. He has designed and developed a 6 component Integral sting balance, which has good sensitivities for rolling moment and was realised in the year 2014. He has developed a manual Axial force rig for calibration of the force transducers with which the loading range can be extended further than the existing sting arrangement with lesser deflections. He has also developed a Manual 6 DOF rig for store separation studies, which ensures the safety of the aircraft and the pilot when a store is released and the beneficiaries are ADA , DRDL and Indian Air Force. He has developed a concept and demonstrated in 2014, automatic (electric) loading and unloading for calibration of load cells and balance. He also was part of design of 55hp and 65hp development of wankel engine, which is a prime mover for some UAVs.

His interests are automated system design of hydraulic and pneumatic actuators, automation of 6 DOF rig, and miniature force transducers. He is also interested in the design of wankel engine development