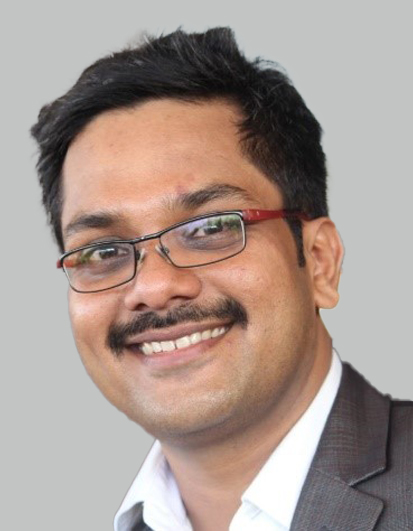 Mr. Ashwin U. did his Master’s Degree in Machine Design and Bachelor’s Degree in Mechanical Engineering from Visvesvaraya Technological University, Belgaum. He is currently working in the Dynamics and Adaptive Structures Group, Structural Technologies Division, Since August 2009. He has published 3 International Journals and 10 International Conferences, in the area of smart structures and systems. He was part of the team that won the NAL Technology award for the project titled “Instrumentation on Dornier Aircraft”.

As part of development of Lamb wave based SHM methodologies

Been a prominent member in the execution of the project “S-0-303: Analysis of Installation Design for Military Helicopter Upgrade” for the Mi-17 & Mi-17 1V helicopters.

Developed and standardized finite element analysis procedures for upgradation programs, such as qualifying new installations in the Mi-17 & Mi-17 1V helicopters and its certification from RCMA

As part of structural load team

As part of GVT based flutter analysis

Developed Thin-Plate-Spline (TPS) based technique to interpolate GVT measured vibration data of the aircraft to its finite element model for the purpose of flutter analysis. This methodology included coding the TPS technique; coordinate transformation for modelling out-of-plane surfaces & automated handling of interaction between the GVT & FE model for interpolation.

Designed, developed the active strut concept for actuating tensile & compressive loads, which was a major drawback of the previous design due to short coming of the piezo-stack actuators, which cannot be subjected to tensile loads

As part of the 12FYP with CSIR-4PI