CSIR TECHNOLOGY AWARD FOR THE YEAR 2019 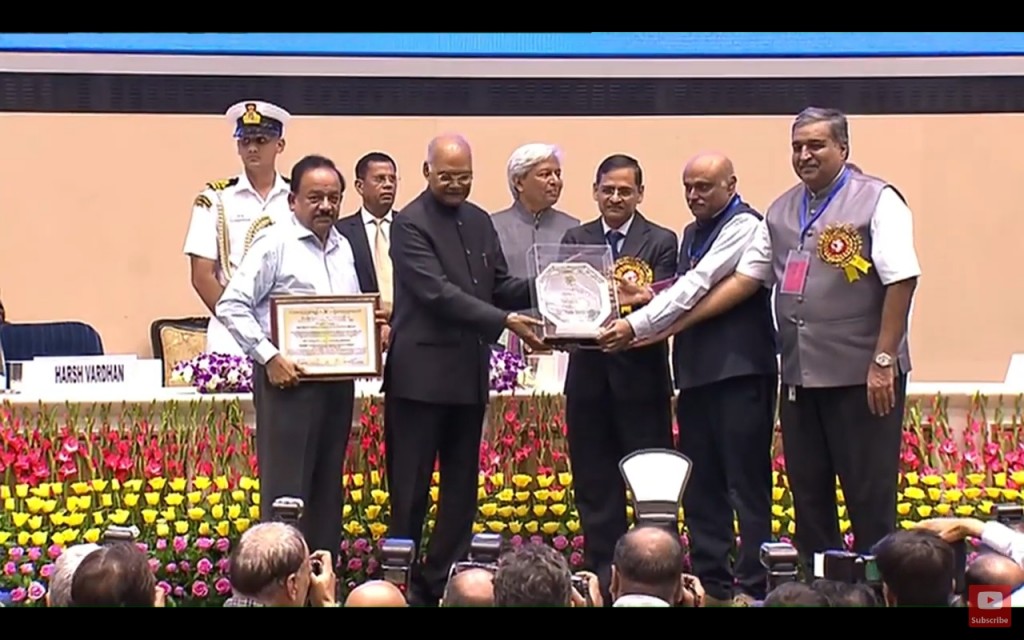 “Carriage, Handling and Stores Release Clearance Studies for a Fighter Aircraft Upgrade” has been selected jointly with CSIR-CIMFR for the category “Physical Sciences including Engineering” of the CSIR Technology awards 2019.

CSIR-NAL was approached by agencies under the Ministry of Defence to undertake the carriage, handling and stores release clearance for a fighter aircraft upgrade project. Under the mandate to support the strategic sector, NAL took up this activity under three verticals, namely Structural Integrity, Stability & Control and Stores Release. About hundred new stores configurations were eventually studied and clearance accorded after flight test validation. In excess of four thousand sub-configurations were analyzed for the final clearance. Both the fighter and trainer versions of this aircraft were upgraded in this process.

For flutter clearance, Ground Vibration Test data was used to construct a mathematical model of the aircraft. Similarity based studies reduced the CFD effort for primary configurations by one third in the context of Stability and Control. Stores release studies were conducted with CFD tools. Extensive validation of the predictions of the modeling and simulation codes was conducted with historical data and later correlated with actual flights in the test range.

CSIR-NAL has developed in-house CFD codes, Stability & Control analysis tools and GVT based flutter clearance method in the course of this project. These capabilities can be deployed for any future aircraft upgrade projects within the country. It will be possible to upgrade other aircraft with new weapons including indigenous weapons, the knowledge of which can be kept confidential from external agencies. The knowledge gained from this project is being used to design the next generation fighter aircraft within the country. It is estimated that the foreign exchange savings resulting from this activity is in the range of 100crores.

The following are the team members who have been selected for the award based on proposal sent by CSIR-NAL:
Project Leader: 1. Dr. Satish Chandra, Sc G, STTD
Project Coordinator / Point of Contact: 2. Dr. Abhay Pashilkar, Sc G, FMCD