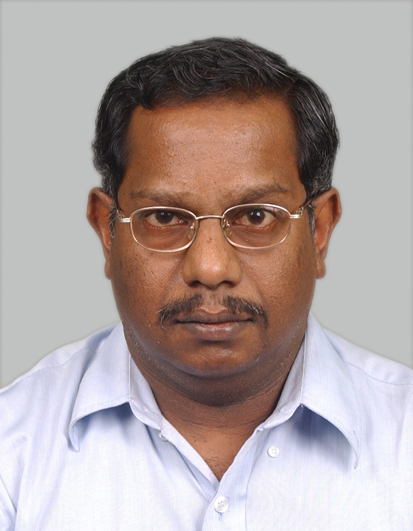 Dr Saji Devadathan is working as a Chief Scientist & Head of Quality Assurance and Airworthiness Division (QAAD) of CSIR-National Aerospace Laboratories, Bangalore. He joined NAL in 1992 as a Scientist with Masters in Aeronautical engineering and obtained PhD in Aerospace engineering from Indian Institute of Technology, Kharagpur, West Bengal in 2015. He did his Bachelors and Master’s degree in Aeronautical Engineering from Madras Institute of Technology, Anna University, Chennai. His PhD is about “Development of Damage Tolerant Composite Structural joints with and without through thickness Reinforcements”. He has more than 28 years of experience in Advanced Composites Division and has accreditation from DGAQA as Dy Head Quality Assurance and Release Note Signatory for LCA Series Production for the past 5 years. He is instrumental in Indigenizing metallic sandwich structures with advanced composites. He is heading repair technology activities in the division and recovered damaged manned and unmanned aircraft with advanced composites for Indian Armed Forces.

His responsibilities in QAAD are overall interaction with regulatory agencies (both civil and military) for aerospace R&D projects of the laboratory, subsistence of QMS in the laboratory. He is also working as Management Representative (MR) for AS9100:2016 and ISO 9001:2015 from 2020. Under his leadership as MR, he could get AS9100: 2016 accreditation for CSIR-NAL from IAQG on 26-Aug-2021.

He is a member of the CSIR-NAL team who won “Technology Award for Business Development and Technology Marketing 2020” from CSIR New Delhi for “Successful Commercialisation of Composite Technology Development towards LCA-Tejas IOC series Production”. He has also won ISAMPE Award for Outstanding Design and /or Process Development-2017 for contributions towards “Design, Development of Tools/Fixture for Composite Airframe Structural Repairs”, CSIR-NAL Outstanding Performance award -2015 for Project execution in time and within budget for IAF sponsored project titled “Profile mapping & GVT for Searcher RPA MKII”, Shri Surya Narayan Rao memorial ISAMPE award for smart structures technology development -2007, for the “Development of aircraft repair technology using SMA based Smart actuators”  .He has filed 3 national patents and out of which one (Shape Memory Alloy based composite repair device for repairing the composites”) is granted by Indian Patent Office in 2019. And other two are published and under review.