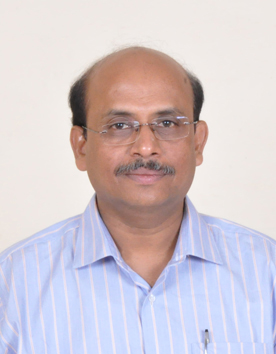 He specialises in the fields of Computational Mechanics & Simulation, Structural Dynamics & Aeroelasticity and Reliability & Risk Analysis. He is associated with several in-house projects for capability building and projects funded by DST and industry. He has provided simulation based solutions to problems referred by industry (such as EIL, GAIL, NLC, BHEL, VSSC, HAL and ADA) in the areas of analysis, design and certification of structures and aircrafts. He is associated with projects related to aerospace programs such as RLV, SARAS, LCA, JAGUAR, MIRAGE 2000, GA10 and HTT40. He has released over 200 project documents/technical reports and has over 100 publications to his credit in national and international journals/conferences/seminars.

He was an UNDP research fellow at Clemson University (USA) and UC Berkeley (USA). He has citations in ‘Marquis Who’s Who in the World’, New Jersey, USA and ‘International Professional of the Year – 2005’, International Biographical Centre, Cambridge, England. He is a recipient of ‘CSIR Technology Prize – 1999’ and ‘NAL Technology Shield – 2012’ for team work achievements.